Welcome to our skipping experience with Dan the Skipping Man®

Dan the Skipping Man® is the best Brand to get you fit, healthy and having fun using Skipping.

It is more important than ever that we have access to simple to do, effective exercise. The Dan the Skipping Man® concept helps create just that in an ongoing, sustainable way, through the simple but varied activity of skipping.

Skipping is for people of all ages to enjoy, is brilliantly accessible and the way Dan the Skipping Man® teach it is inclusive too!

Access a range of supportive videos via Dan the skipping man YouTube channel - from beginner video clips, through to advance skipping skills - follow the links below and see what you can achieve with your new speed skipping rope.

*** Top tip!  Although your rope might seem long - try to resist tying knots in it to shorten it - Dan informs us that the design of the rope should allow the majority of skippers to use their rope with out any adjusting. *** 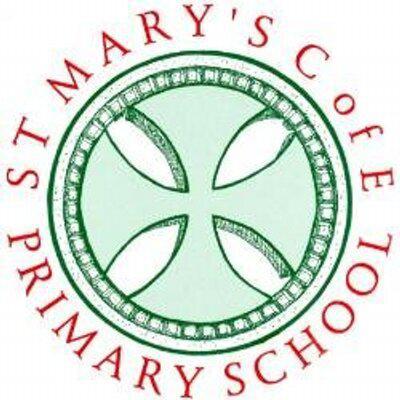 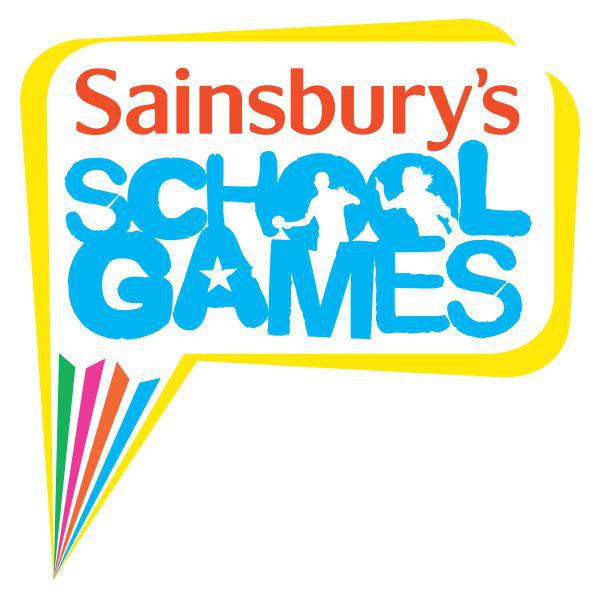 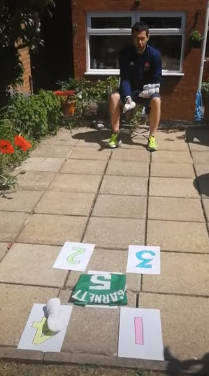 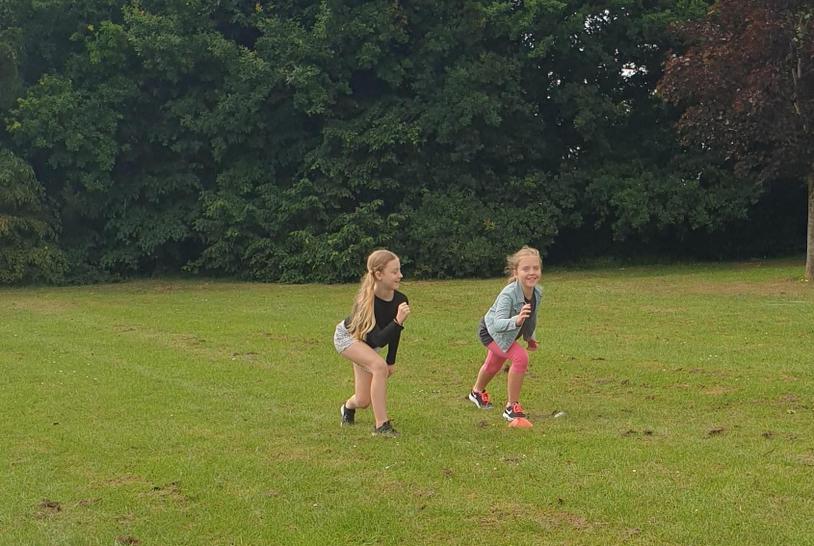 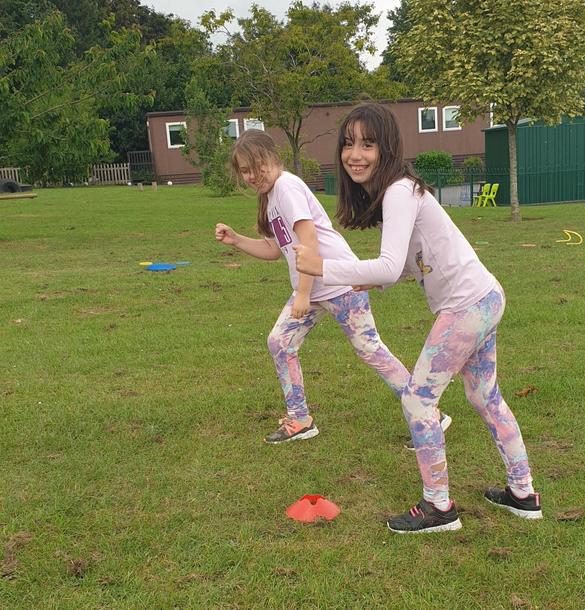 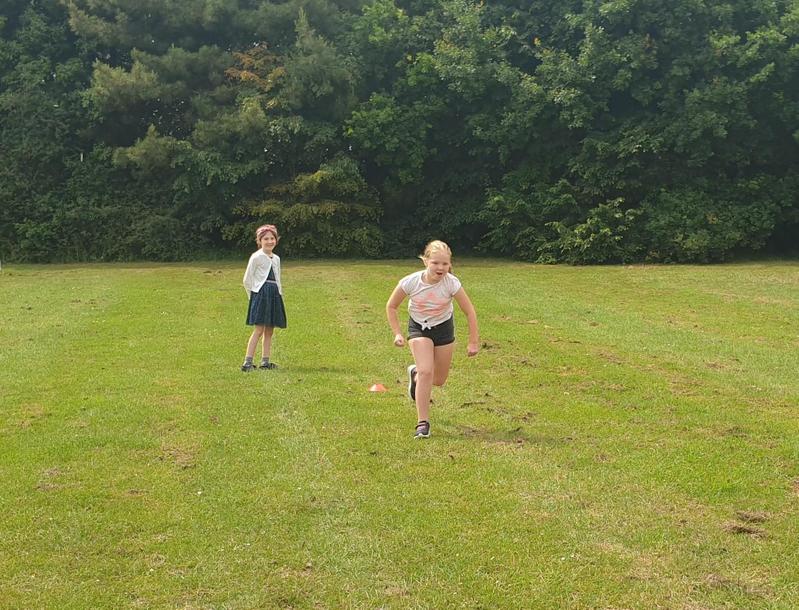 You’ve had the chance to achieve your personal best and represent your school over the first 3 weeks of our Virtual School Games programme, now we need you to dig deep, get involved and represent the whole Melton & Belvoir area!

Don’t forget to post pictures or videos of you taking part, we’d love to see how you’re getting on!

OR, if you need to do the Adapted Sports Challenges we have set…

Why not have a go at the 6 sporting challenges created by the School Games Group?

More details can be found on the documents below. See what high score you can achieve over the next 2 weeks and then email your top scores and how many attempts you had, to me by midday on Friday 19th June. Winners will then compete in the finals with other local schools during w/c 22nd June. I look forward to seeing how you get on! It would be great to see some pictures - if you email those to me too, I will display them on our school website.

All entrants will receive a certifcate for taking part and winning children from each class will be announced.

Well done to Kaci, Walter and Ben in year 4 for their swimming achievements whilst swimming in year 3. They received their certificates in assembly after accomplishing them towards the end of the summer term. Keep up the swimming practice with your families please!

As a school we took on the challenge to compete against other local schools, to run our fastest mile. We all tried a few times to beat our personal bests!

And the results were in! What a success!

A massive well done to all those who took part! All of you showed some progress as we jogged around the playing fields. Great achievements all round!

Well done to the girls and boys from year 5 and 6 who represented St Mary's at the table tennis competition today at Brooksby Melton College. Both teams played brilliantly and impressed the event organisers with their attitude and enthusiasm towards the competition despite not winning many of their games. As a result of this fantastic sporting spirit, the boys team was awarded with the spirit of the games trophy. Great effort to all involved!  It was noted that all of the competitors showed great improvement through the afternoon which certainly inspires us to get the St Mary's table tennis out on the play ground next year for some more practice. Well done to: (L to R) Abbie, Oscar, Aiesha, Hayden, Austin, Emily, Kai and Tilly. 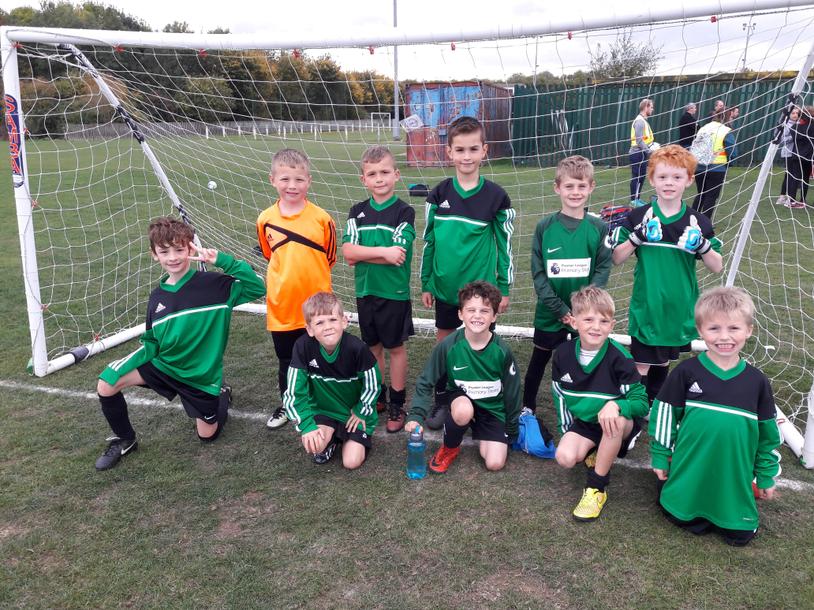 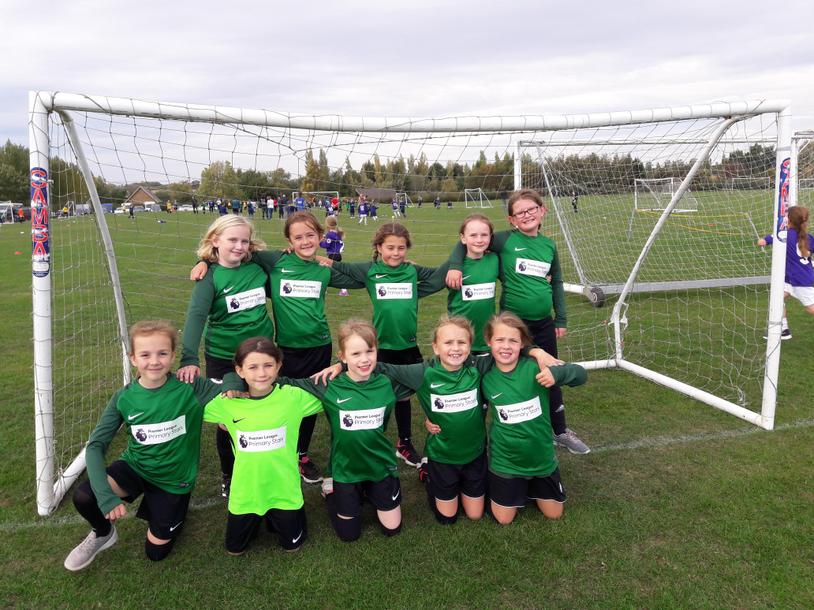 Another super football tournament hosted by Asfordby Amateurs - thank you for putting on such a great event. Both the girls and boys team enjoyed their matches and didn't wish to come off the pitches! It was a steep learning curve for the girls who played enthusiastically but will need to work on their techniques to place in the top teams. The boys on the other hand were keen to show off their super skills and placed 2nd!

Well done to all and thanks to the parents who came along to cheer us on.

A quick shout out to the lads from West Bromwich Albion Football Development Schools. They coached some fantastic football sessions for every class today and the kids loved it! All the staff were impressed at how much their classes enjoyed their lessons and commented on how many children showed improvements in the football skills they were learning.

The Football Development group selected 8 children to take forward to their coaching program and their feedback was: "We really enjoyed it coaching your whole school and were really impressed with how enthusiastic and engaged the pupils were throughout the whole day."

Well, we all enjoyed it too Garry and Harry and we sure would love it if you came back to see us again next year.

Year 5/6 football tournament took place today at Asfordby Amateurs FC - both the girls' team and boys' team played very well and showed great sporting spirit. After some well-fought matches the boys placed 3rd and the girls 5th. Well done to all those involved - we look forward to working on those footie skills this year in school and don't forget you can join Football after-school club on Wednesdays. Everyone is welcome!

Great fun was had by the ten children from year 3 and 4 at the multi-sports festival today. Devon commented, "I loved all the activities and especially trying to get better after each try." Mrs Fields, who accompanied the children, said that they were very well behaved and did St Mary's very proud with the effort they put in. Well done to all.

In Tiggers, we have been doing gymnastics. We have been using different parts of our bodies to move along the floor and over, under and across different apparatus.

Y6 at the Basketball Tournament

Orienteering at the Country Park

11th December 2015- Streetdance Performances from Y5, Y6 and the after school club

We travelled by taxi to Leicester and went to a sports hall. We had a drink when we got there and something to eat. Our first game was the javelin and we had to try and get it the furthest. Ellis won. Then Jamie won a game jumping either side of a line. Then the other Ellis won a bean bag game, you had to throw the bag into a basket. Then Emma won at long jump. I beat everybody in a running contest. There were about 21 teams there. Then St. Mary's had to get their certificate for coming 3rd. We then got some bronze medals. Then we went back home to St. Mary's.

We took two teams of 10 children  (A Team and B Team) to compete at the Year 5/6 Basketball Competition at Melton Vale Post-16 Centre. The children all represented the school brilliantly by working hard, encouraging each other and by showing great sporting attitude throughout. Well done, Starbright! 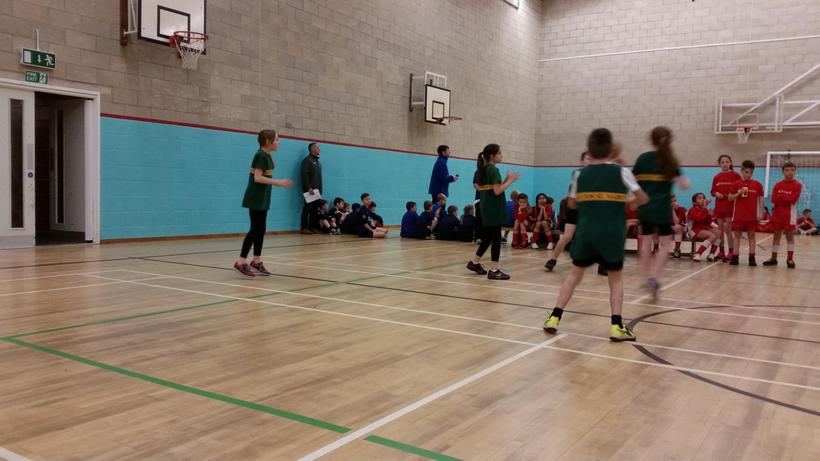 On Friday 6th November, 10 boys and 9 girls went to an athletics competition against 10 different school and we came 9th out of 10. This competition was for year 5 and year 6 and was at John Ferneley College. We really enjoyed it even though we didn’t win.

The 6 children who attended the XC at Prestwold Hall on Saturday morning did the school very proud. Conditions were tough with all the mud, but they had a great time. The next event is 29th November 2015 for those who want to take part.

On a sunny Wednesday morning a bunch of year 3 and 4 children jumped on a bus excited for the rugby tournament. We were all dressed in black and white as we were representing Fiji and their rugby kit is black and white.

From year 3 we had Amelie, Connor, Austin, Lewis, Thomas C and Megan A and from year 4 we had Zac, Jayden, Olivia, Lilly, Evie and Charlie.

We arrived and Donna from Melton Zumba helped us with the warm up. We had worked on the Haka all week so we all knew what to do.

Miss Deackes explained we would all have a go but only 7 could go on at a time and there should always be 2 girls on during each match. During the games we worked brilliantly as a team and we helped each other to score tries.

The weather changed from sun to rain to wind to rainbows, it was very cold but we continued to work really hard together.

As a team we won 8 games and only lost 3.  We are proud that we worked to win many games and everyone got a chance to have a few goes. At the end we got our scores which we think were wrong but overall we really enjoyed ourselves and knew we played really well.

Report by Amelie and Connor (Year 3)

On Monday 28th September, 18 people from year 5 and year 6 went to a football tournament and had a great time. We played games against Brownlow, Old Dalby and The Grove. We won the game against Old Dalby and lost the other two. Brownlow got into the girl’s and boy’s final with the other two teams. When we were finished we got onto the bus and said well done to each other.